Milford Zeigler Jr. wasn’t looking to start his own business.

The Charleston resident already had retired more than once. Interwoven with a career in the private sector was more than 20 years of military service, including stints as a gunner with the First Cavalry stationed in Germany and a tour of duty in Iraq during Operation Freedom. His deployments were followed by 12 years with the U.S. Department of Homeland Security.

But then a fellow military veteran told him about the Robert C. Byrd Institute (RCBI) at Marshall University. That friend – Tad Robinette – had decided to start his own machine shop after successfully completing a free short-term training program RCBI offers military veterans.

“He kept saying ‘come on, come on, we need you. I want you to see what I do. We need to get you on board,’” Zeigler explained. “Well, I had never operated any kind of machinery, so I really couldn’t understand what he was talking about.

“Finally, after a few hundred of those nudges,” Zeigler said with a laugh, “I went to RCBI Huntington where Tad showed me the machines (manual and computer-controlled mills, lathes, etc.), what they do and how they work. I learned that you can take a $10 piece of aluminum, cut some holes in it, and turn it into a $65 usable part. From then on, I was hooked.”

Zeigler enrolled in RCBI’s fast-track machinist training program for veterans in March 2021. By July, he, like Robinette, had launched his own service-disabled veteran-owned metalworking operation, Bob Corp., which stands for Band of Brothers, a nod to his military service – and a hint of his business intentions.

Zeigler is taking advantage of RCBI’s shared manufacturing model in which businesses such as his leverage RCBI technology and expertise to fulfill contracts and scale operations until they become self-sufficient.

“With my military background, it would only be fitting to try to bring other veterans – my brothers and sisters – into the loop to make it a full-circle company,” said Zeigler, who believes he can help bridge the skills gaps in manufacturing, which includes a lack of trained machinists in the region.

“Military personnel tend to be good with their hands,” he said. “Once they find out what these machines are and what they do, I think I can help build a conglomerate of people to help fill the void. Depending on their years of service, their training could be paid for by the VA (U.S. Veterans Administration).”

Zeigler also hopes to attract other underrepresented groups to manufacturing, specifically women and people of color. He said he has completed extensive research and been unable to identify even one other African American-owned metalworking business in West Virginia. He hopes to change this situation by serving as a role model.

“The thing is minorities aren’t seeing members of our community doing this,” Zeigler said. “If I can help by being successful, show them that a minority-owned business here in West Virginia is making money and financially independent, then it will open doors. Maybe it can bring some kids into the machine shop, show them they can start their own companies and keep more of them here in West Virginia.”

In addition, Zeigler’s goal is to bring more federal contracting dollars to the Mountain State. He has applied for 8(a) certification through the U.S. Small Business Administration. The program awards contracts to qualified disadvantaged small businesses.

“There are contracting opportunities set aside for minority-owned businesses such as mine,” Zeigler said. “But if there are no minority businesses in West Virginia to go after that money, the contracts go to other states. We’re letting money walk out the door. That’s part of the significance of my company, to fill that void and bring those dollars home.” 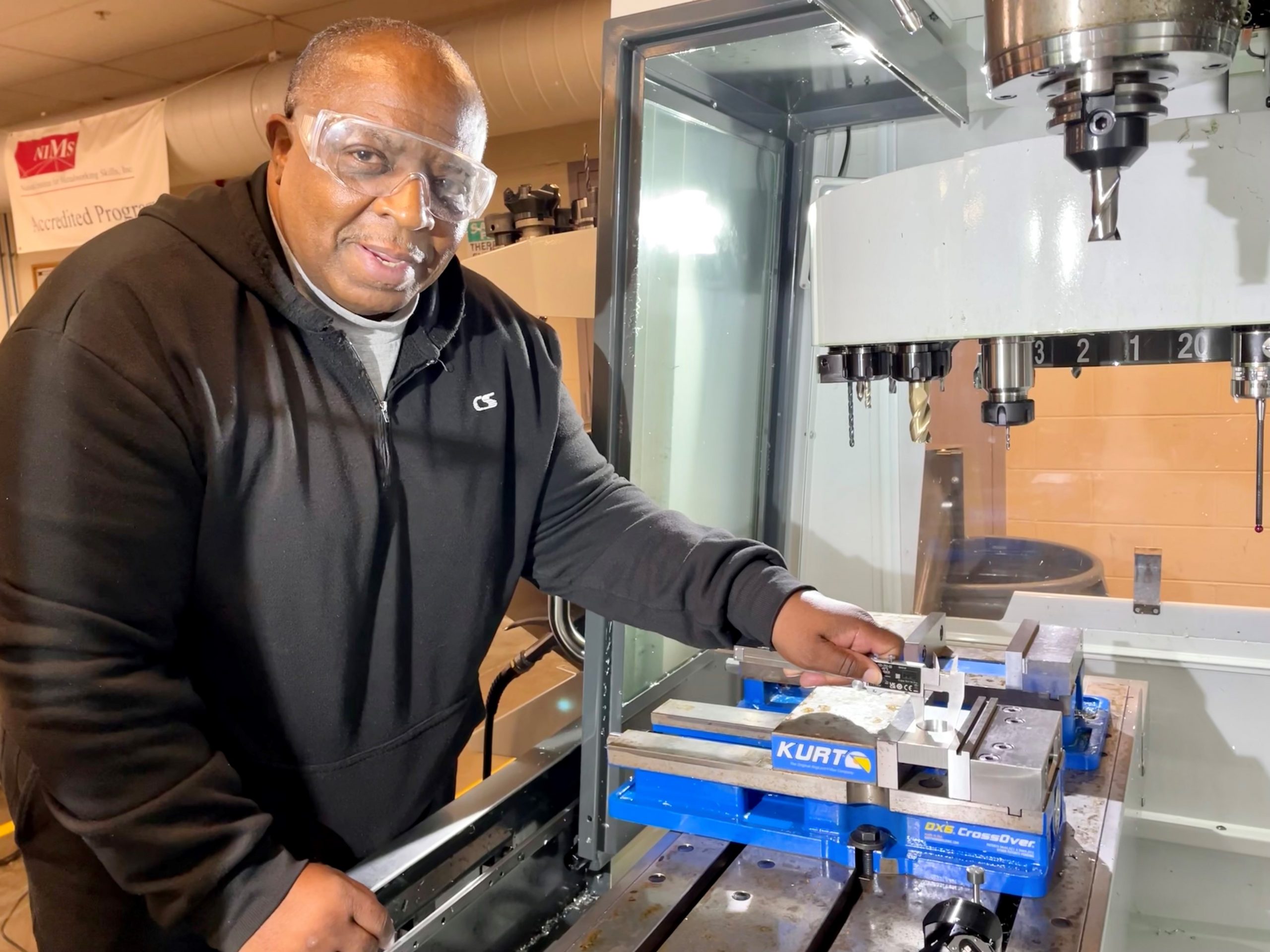