Making maple syrup used to be fairly common in West Virginia, something a great many farmers produced to help them make sweetener to use throughout the year. Then, as more people began buying sugar and other syrups at the store, the practice faded.

According to a state Department of Agriculture survey, there are more than 60,000 maple trees tapped in the Mountain State.

In 2018, RCBI was awarded a $50,000 Rural Business Development grant from the U.S. Department of Agriculture to expand maple syrup production in Wayne, Mingo and Lincoln counties by helping new businesses in the region tap into the market.

Partnering with Toms Creek Family Farm of Wayne and the Williamson Health and Wellness Center in Mingo County, RCBI provided each new business the training and equipment necessary to launch and sustain their new venture.

“First, we developed a new stove that dramatically increases the rate at which the sap is boiled down,” explained Evan Nelson, RCBI’s manager of Agricultural Innovations. “Then we manufactured 15 of the stoves and awarded them to maple syrup producers across southern West Virginia to help improve their production process. You can use a commercial evaporator to boil down the syrup, but our stove is significantly cheaper and much more efficient.”

“Secondly,” Nelson said, “we worked with others in the industry to develop tree taps and tubing that help harvest more of the sap.”

The maple season in West Virginia generally lasts two months, from January to March. Back in the day, maple syrup producers would hang buckets underneath the spouts they would drive into trees. They would wait for the buckets to fill then carry them to a central collection point, long known as a “sugar shack,” where it would be boiled into maple syrup. Today tubing can connect all the trees in a given area and deliver the sap to one big tank.

Nelson grew up on a working cattle farm in Wayne County and uses that experience at RCBI where he works with a variety of farmers, beverage and food vendors to innovate and improve their business practices. He takes particular pride in helping grow the number of maple syrup producers in the Mountain State.

“Weather’s not always your best friend,” Nelson said. “That February ice storm we had hurt a lot of folks’ syrup operations.”

“Weather remains a key factor for how successful our maple seasons end up,” said State Commissioner of Agriculture Kent Leonhardt. “An optimistic note is we continue to see more taps placed in trees, which will only lead to positive results for the industry.”

Looking ahead, Nelson sees not only growth in the state’s maple syrup production, he’s also excited about the potential of tapping the state’s walnut trees.

“Canada and Vermont pretty much own the game when it comes to maple syrup,” he said. “But in Vermont they have only three – count ‘em, three – walnut trees in the whole state. Heck, I have three walnut trees in my backyard.  At wholesale, maple syrup sells for about $40 a gallon, while walnut syrup, which is darker and richer, sells for $400 a gallon. That’s a huge opportunity for us if we can take advantage of it.” 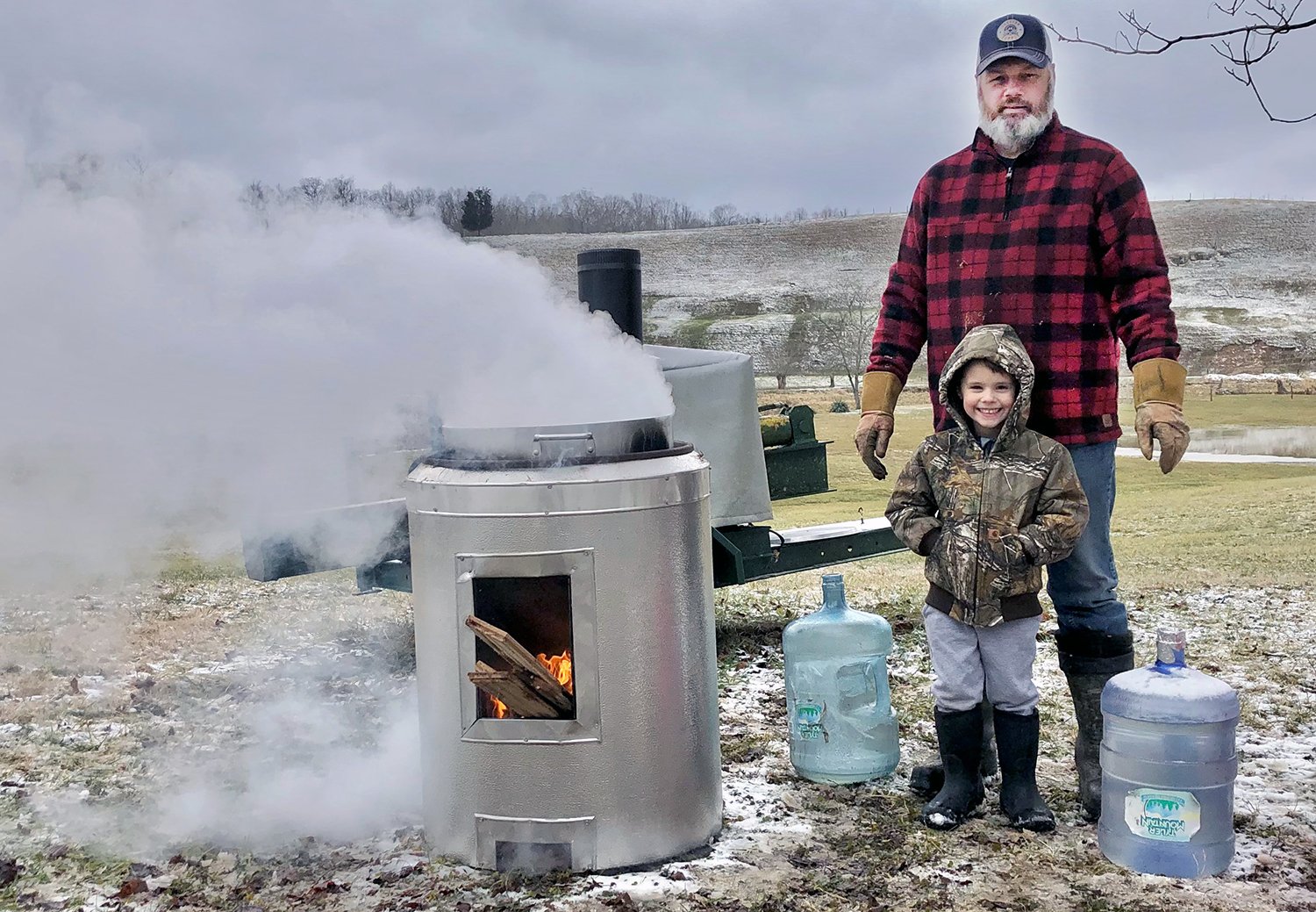