A group of senior mechanical engineering majors at Marshall University leveraged the advanced technology and expertise of the Robert C. Byrd Institute (RCBI) to transform its concept for a single-passenger vehicle into a working prototype.

Marshall’s Weisberg Department of Mechanical and Industrial Engineering, a division of the College of Engineering and Computer Science, requires that soon-to-graduate seniors demonstrate their engineering acumen by designing, engineering and manufacturing functional protypes with real-world applications.

For their senior capstone project, Austin Adams of Hurricane; Mason Fairchild of South Point, Ohio; Kierra Kammer of Hurricane; Stephen Queen of Cross Lanes; and Treston Withrow of Huntington  designed, built and tested a monowheel, a single person motorized vehicle in which the driver sits stationary inside a large wheel that rotates around him/her.

After the team settled on a design, members created a 3D rendering in Fusion 360, a type of popular computer-aided-design and manufacturing software. While certain components were manufactured in the college’s machine shop with the assistance of lab technician Jim Kuzma, others were outsourced. For example, the outer ring was fabricated by Railcar Concepts of Franklin Furnace, Ohio. Many of the remaining parts were manufactured at RCBI, where Withrow is serving an engineering internship through the Engineering Co-Op, a program in which Marshall partners with industry to provide students hands-on experience.

Withrow knew how to use most of the advanced RCBI technology because he learned while actually designing and manufacturing components for RCBI clients across West Virginia and beyond. Therefore, he knew which equipment to use to fabricate specific components needed to complete the monowheel.

“The experience I gained as an intern at RCBI helped me design parts for the project and understand the different machines and manufacturing processes required to create the prototype parts,” Withrow said. “I was able to share that knowledge with other team members.”

Team of soon-to-graduate engineering students produced the motor mount frames from 3/16 aluminum using RCBI’s  laser cutter. The outer frames were manufactured on the waterjet at RCBI South Charleston using 60/61 aluminum. The roller bearing that connect the two frames and hold the wheel produced on RCBI computer-controlled lathes and mills.

After seven months of design, testing and production, the monowheel was complete. The team took it for a test run and – voila! – it performed as expected. The final step was to prepare a report and presentation explaining the project before a panel that included the dean of the college and the department chairman. The presentation took place earlier this month, shortly before the students graduated. They received accolades for their capstone, the final school project before embarking on their careers.

Withrow will continue working at RCBI after graduation, along with other mechanical engineering students from Marshall. RCBI employs mechanical engineering students every semester, providing them the opportunity to apply their knowledge by designing and manufacturing components for a variety of industries, from automotive and defense, to medical, outdoor recreation and aerospace.

“RCBI is a great resource for Marshall’s engineering program because of the variety of experiences interns are able to gain under the tutelage for our experienced mechanical engineers and technicians,” said Deputy Director Derek Scarbro. “Our engineering interns are an integral part of our team, helping entrepreneurs and manufacturers bring ideas to life and innovate.” 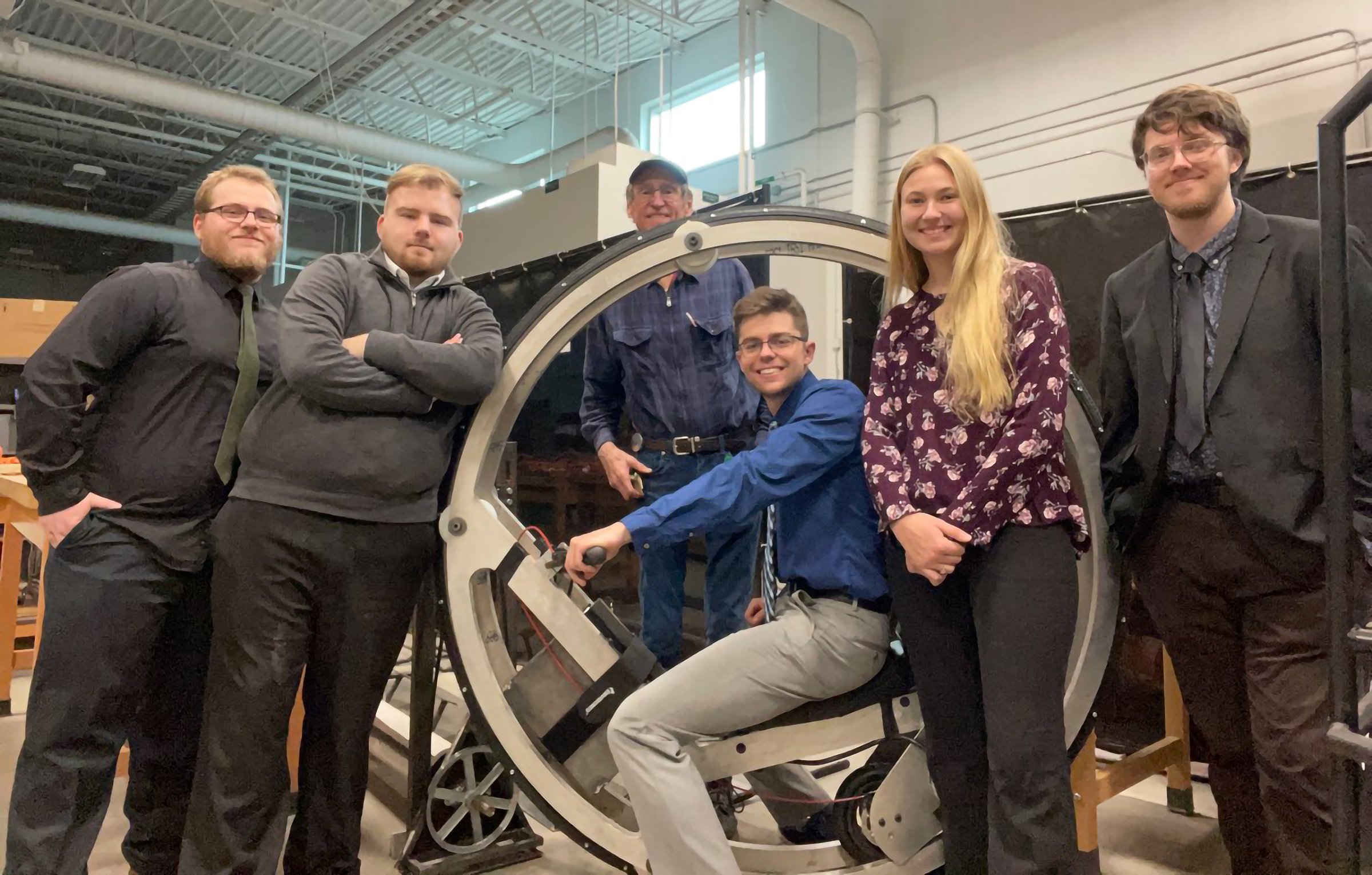