Navy sailors aboard the USS Tulsa now have access to 3D printing technology and the know-how to use it thanks, in part, to the Robert C. Byrd Institute (RCBI) at Marshall University and its Apprenticeship Works partner AST2.

RCBI’s Apprenticeship Works and AST2 (Applied Systems & Technology Transfer) recently provided virtual training to help sailors prepare to use 3D printing technology while at sea. The ship’s captain as well as its chief engineer Lt. Andrew Bardwell – himself a user of 3D printers at home – asked for volunteers to sign up for the additive manufacturing (3D printing) pre-apprenticeship.

Members of the ship’s crew were taught to set up, operate and maintain LulzBot 3D printers and learned related computer-aided-design techniques as well as how to operate Artec precision scanning equipment. Once at sea, sailors will practice what they’ve learned by 3D printing components used on the ship.

Morgan Smith, a design engineer based at RCBI Huntington, delivered computer-aided design training last month via Zoom to Navy personnel aboard the USS Tulsa some 2,200 miles away in San Diego. Before an item can be 3D printed, a drawing must be generated using 3D-modeling software then transferred to the 3D printer, which reads the data to build the item.

This isn’t the first time RCBI has delivered 3D printing training to Navy personnel. In 2019 Chris Shaffer, a design engineer based at RCBI Charleston, twice flew to California to train other sailors to use 3D printers as part of RCBI’s Military Advanced Manufacturing Pre-Apprenticeship Program.

“RCBI has been supporting the U.S. Department of Defense for more than 30 years now, developing supply chain links and delivering access to advanced technologies and creative workforce development solutions to meet the critical mission of the military,” said Charlotte Weber, RCBI director & CEO. “We’re proud to assist the Navy as it utilizes 3D printing technology to overcome logistical supply chain issues during deployments.”

Apprenticeship Works is supported by an American Apprenticeship Initiative grant from the U.S. Department of Labor. To learn more about the program, contact Director Lucinda Curry at or 304.720.7742. 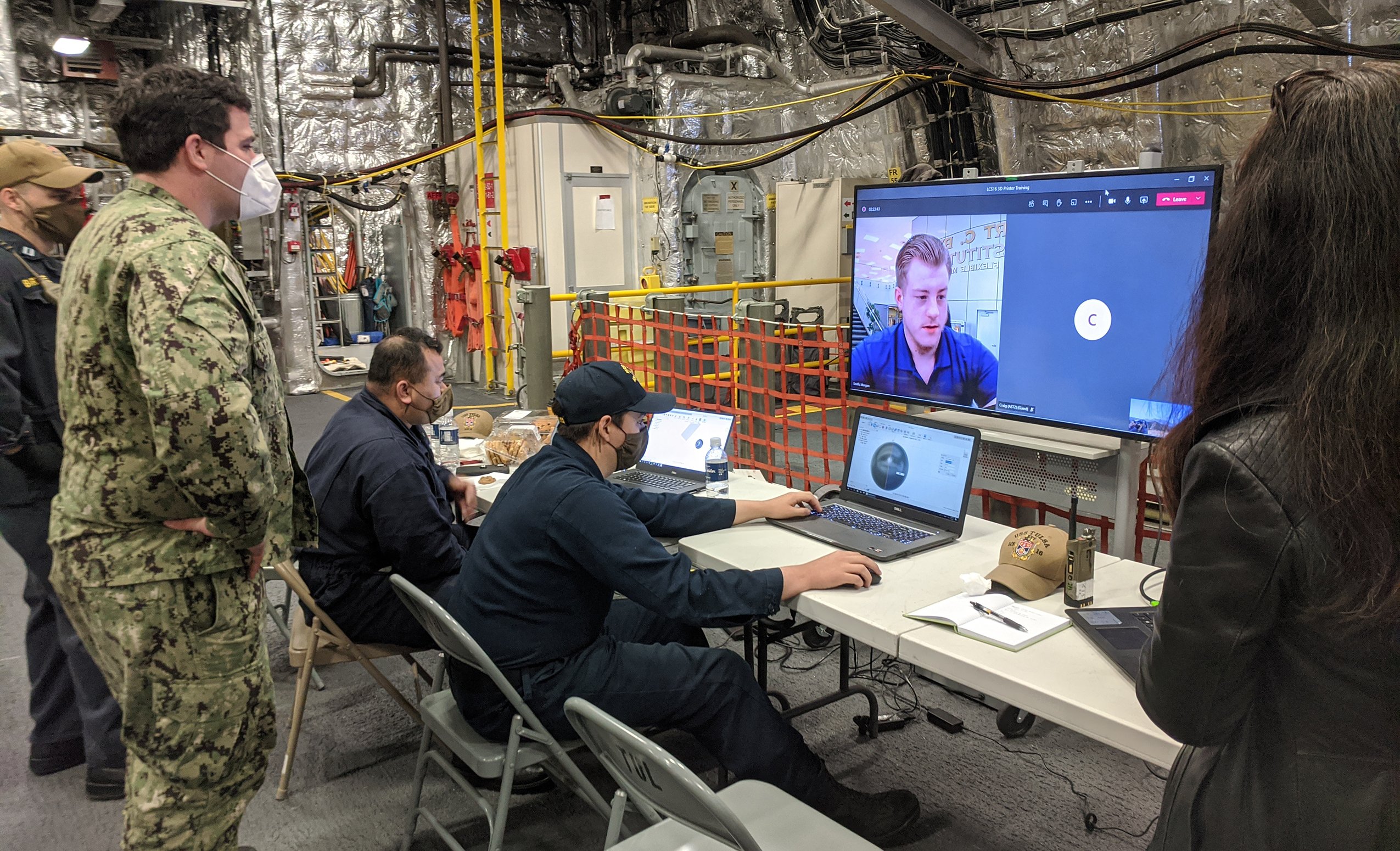