By 2005, McCown had become a successful distributor of industrial tools. However, the hydraulic wrenches he was selling across the country were – like a lot of the technology sold in the United States – all made of Chinese components. This fact became a particular problem in 2009 when China “started freezing us out of the market,” McCown said.

That’s when Industrial Bolting launched its great pivot. McCown decided his company would make the wrenches itself. But there was a big problem. Actually, two. McCown neither owned manufacturing equipment nor knew how to operate it. That’s where the Robert C. Byrd Institute (RCBI) became an integral player in his quest to make the product line here at home, in the hills of West Virginia.

First, he hired Roddy Ferrell, who like McCown, has an engineering background.

Because they had no equipment or the required expertise to use it, they began producing their own components by leasing mills and lathes at RCBI’s shared manufacturing facilities. They learned to operate the computer-controlled machines under the direction of RCBI’s experienced machinists and technicians.

As is the case with many fledgling manufacturers, they leveraged RCBI’s technology and expertise until their success enabled them to begin purchasing their own equipment and feel comfortable operating it on a daily basis. “We had zero machines in 2009,” said McCown. “With the help of RCBI, we’re now up to 16 CNCs (computer-numerical-control machines) in our own shop.”

Today, Industrial Bolting’s team of 27 employees produces American-made torque wrenches marketed under the name TorsionX at its growing facility near Tyler Mountain. The high-performance tools are sold in every U.S. state through 14 distributors and used across a variety of sectors from natural gas and coal extraction to steel, chemical and plastics manufacturing to cryogenics – any industry that needs to loosen or tighten nuts in sizes ranging from three-quarters to 10 inches.

And they are exported to 38 foreign countries, from Chile to Singapore, the United Arab Emirates to Ukraine – and everywhere in between. McCown said Industrial Bolting expects to add six more countries to the client list this year.

That’s a far cry from the early days when it was just McCown and a pickup truck. “I was broke and needed a job,” McCown said with a laugh, when describing why he began the business. He credits the company’s success to agility, hard work, quality products and the dedication of his team, especially Ferrell and Sales Manager Chris Dosier.

As with most businesses, the emergence of the Covid-19 pandemic was a trying time for Industrial Bolting, but one it not only has weathered, but emerged from even stronger. The slowdown in production gave Ferrell time to begin developing new products such as the Nutlox, a backup wrench used, in coordination with torque wrenches, on pipeline flanges. Industrial Bolting turned to RCBI again to make it happen, producing the wrenches on RCBI’s waterjet cutter at the South Charleston Advanced Manufacturing Technology Center. Meanwhile, Dosier was able to land new clients because he had additional time to reach out and build relationships. “Last year was very, very good,” McCown said.

On this particular day, McCown and his team have just finished a videoconference with representatives of a Chinese company, in hopes of expanding operations there. Though they’ve traveled far and wide building markets, the team also interfaces with potential and existing customers and distributors though a high-tech studio they created in former office space. It’s equipped with remote-control cameras, state-of-the-art sound equipment and a backdrop that features bold company graphics and samples of its shiny metal products. The space includes a separate area where staff members pivot (as cameras follow) to demonstrate features of their products for people hundreds or thousands of miles away.

One reason Industrial Bolting has been able to expands across the world is because it is among the elite companies to achieve certification to the international quality standard IS9001: 2015, which guarantees a manufacturer is a capable of producing quality products consistently. It’s often required to export internationally and supply the military and major domestic manufacturers.

To meet the ISO standard, Industrial Bolting turned to RCBI Director of Quality Services Erica Cheetham for assistance. “We tried to go it alone for a good while,” Ferrell said, adding quite candidly, “but when we failed, that’s when we decide it was time to reach out to Erica. She helped get things going on the right track.”

McCown echoed the sentiment. “I can pretty much say that if it weren’t for Erica, we wouldn’t have achieved ISO certification. She’s fantastic!”

In addition to RCBI assistance, McCown credits Mike Graney and Steve Spence and their teams at the West Virginia Department of Commerce; Leslie Drake, head of the U.S. Department of Commerce’s Export Assistance Center in Charleston; and others for helping his business export and grow. “All of these people are absolutely fantastic. I cannot say enough good things about them.”

Ferrell agreed that the entire economic development team has been great to work with and that others could benefit from the available services, including those offered by RCBI. “The people who know RCBI is there utilize it and have good things to say about it,” he said. “I just wonder how many other people are out there who would start a business, a small manufacturing business, if they only knew RCBI was available to assist.”

RCBI Director & CEO Charlotte Weber said RCBI’s team is eager to do what it can to create new manufacturing businesses and support expansion of existing operations. “At RCBI, we’re extremely serious about and dedicated to the work we do to assist manufacturers of all sizes,” Weber said. “It’s stories like Industrial Bolting that make us most proud: An innovative West Virginia manufacturer producing top-quality products here at home, creating jobs and wealth in our community. That’s the definition of dedication and success!”

To learn more about Industrial Bolting Technologies, visit the company website at www.industrialbolting.com. 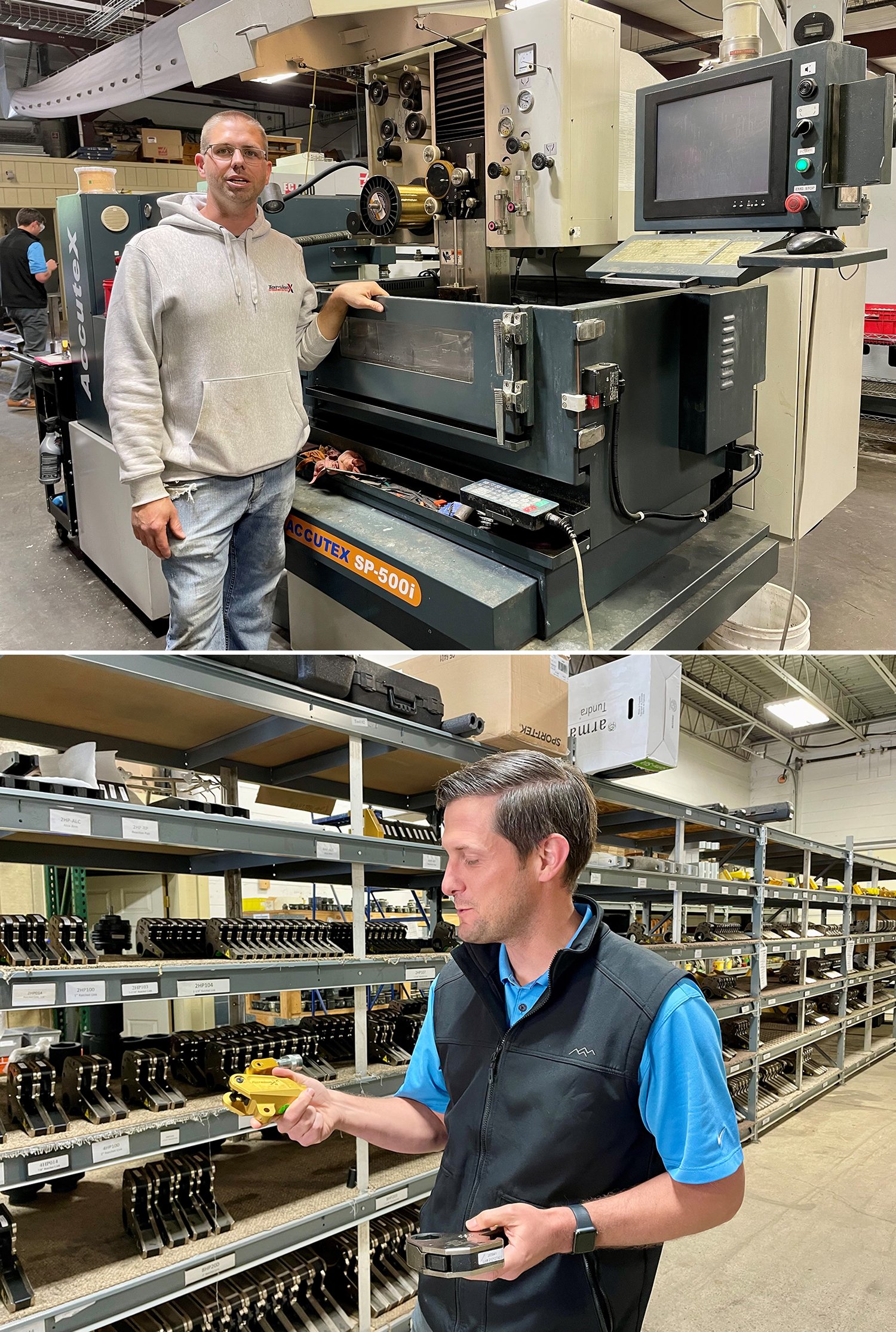 END_OF_DOCUMENT_TOKEN_TO_BE_REPLACED

Inventors from across the Mountain State will gather Oct. 11 on the Morgantown campus of West Virginia University (WVU) for the next meeting of the minds. The fall gathering of the West Virginia Inventors Society (WVIS) will provide a forum for inventors at all stages...

END_OF_DOCUMENT_TOKEN_TO_BE_REPLACED

Small businesses across the United States reaped a record $154.2 billion in federal contracts in fiscal 2021. That’s a lot of moolah for Main Street. Of that amount, $237,957,568 flowed directly to West Virginia small businesses. Sounds like a hefty sum – and it is –...

END_OF_DOCUMENT_TOKEN_TO_BE_REPLACED

To engage more students in the STEM fields of Science, Technology, Engineering and Math, the Robert C. Byrd Institute (RCBI) is once again offering free drone kits to groups that agree to form aerial robotics teams and compete in West Virginia competitions. Middle and...