As a general contractor, Tom Stewart of Charleston had worked on hundreds – if not thousands – of electrical switches. Then one day, about 10 years ago, while performing the seemingly routine task of replacing a wall switch – eureka! – a lightbulb went off in his head.

“What if you were to use today’s low-cost fiber optic cable and a non-powered optical switch to eliminate the electrical wiring that runs from the wall to the overhead light?” he wondered. With the cost of copper (which is used in electrical wiring) near an all-time high, the savings would be substantial.

Stewart assumed someone else had already thought of the idea, so he didn’t immediately pursue it. But he continued to wonder… and wonder. Finally, he decided to research patents for similar devices. He found nothing comparable, certainly nothing as straight-forward and cost-effective as he envisioned.

Most modern connected communications, whether the internet, telephones or television, are transmitted through high-speed fiber optics, yet very few electrical systems employ the technology. Stewart, a self-described “science nut and habitual inventor” set to work to change this.

“I was determined to see if I could develop a simplistic fiber optic switching system that could be used anywhere, be cost-effective and have built-in, self-testing capabilities that could diagnose installation or operating problems automatically,” he said.

Stewart has dedicated himself to developing his optical switch concept. There’s been a lot of research and experimentation over the years on his basement test bench. In fact, the hiatus he took from general contracting to develop his concept has lasted more than three years.

During that time, he turned to the Robert C. Byrd Institute (RCBI) at Marshall University for manufacturing assistance, including computer-aided design and 3D printing of prototypes, as well as guidance to navigate the process of taking an idea from concept to market.

“RCBI has been instrumental in my journey,” Stewart said. “[Deputy Director] Derek Scarbro has been a steadfast proponent of my concept and has mentored me as I navigate the labyrinth that is invention development. I want to thank [Design Engineer] Chris Shaffer for taking my preliminary rough sketches and turning them into 3D-printed works of art. I also want to extend special thanks to the entire RCBI team for all they do to assist independent inventors like me.”

All of Stewart’s hard work has begun to pay off. His “Spectraswitch” is patent-pending and he has filed an International Patent Cooperation Treaty, which will allow him to secure a patent in any of 153 participating countries. Toward that end, things look promising. “The PCT preliminary examination by South Korean patent examiners determined my idea to be ‘novel’ and ‘non-obvious,’ the two words that all inventors hope for when filing a patent application,” he explained. An examination by the U.S. Patent Office is forthcoming.

Several features of the Spectraswitch set it apart from other fiber optic switches. Because it separates different wavelengths or colors of light, it has the potential to perform multiple complex functions – even dozens or hundreds. Rather than just turning devices on and off, now for the first time an optical switch can have three positions, controlling such devices as automobile windows or door locks, which require an up/down/off-type switch. And it’s the first three-way option switch to allow control from two or more remote locations. So, for example, it can turn on a light at one end of a hallway and turn it off at the other.

Though he originally envisioned the technology for residential use, Stewart now believes its versatility and reliability make it ideal for a wide variety of industrial applications, especially in sectors such as aerospace, defense, and energy. His fiber optic switching system is super lightweight, using only a single strand of fiber optic cable and a small receiver. It’s relatively cheap, especially compared to traditional copper wiring. It’s safer and more reliable because it doesn’t use electricity, which could fail or deliver an injury-inducing shock. And it’s not susceptible to interference from electromagnetic fields or radiation.

Perhaps the most unique aspect of the Spectraswitch, Stewart explained, is its ability to provide critical feedback if the fiber optic cable is cut or the switch is damaged. In the case of traditional fiber optic switches, a catastrophic failure often creates a false reading, such as indicating that a critical system is off when, in fact, it is on.

“I believe this lack of an optical circuit self-test is the primary limiting reliability factor hindering the adoption of optical control for many electrical devices,” Stewart said. “My self-testing system detects a fault automatically and indicates the problem, thereby preventing a false reading of the optical switch position.”

While the excitement generated by Stewart’s invention keeps him going, he said his role as “struggling inventor” has been time-consuming, costly and at times daunting, especially as he works to find investors, industry professionals and engineers who realize the potential of his creation and are willing to assist him in promoting mainstream adoption of the technology.

“I really believe I have stumbled onto something in creating my Spectraswitch concept, and my goal is to have my optical system become a universal product for electrical control,” Stewart said. “Meanwhile,  I’m preparing a new patent for a revolutionary optical transceiver/controller that will be smaller, lighter, energy efficient and even more economical to implement. Stay tuned!”

To contact Stewart or learn more about the Spectraswitch, visit www.spectraswitch.com. To view a simple demonstration of the technology, visit https://www.youtube.com/watch?v=kGxiS-S_otM. 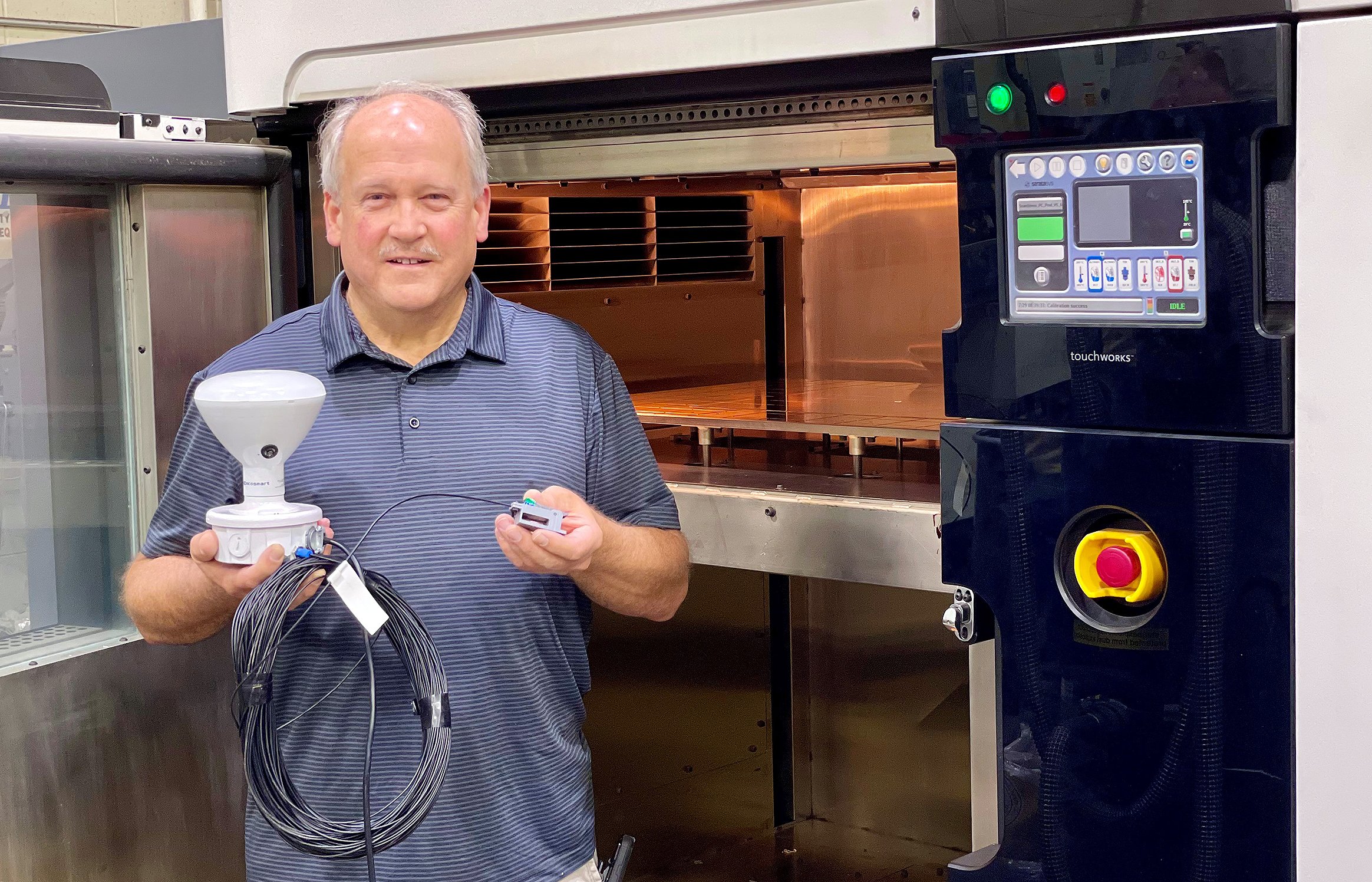